Tamoxifen Citrate has been used medically for decades and has been highly successful in breast cancer treatment, specifically hormone-responsive breast cancer. It is also a medication that is used by many anabolic steroid users, but it is not a steroid. This is a drug, steroid users will sometimes use to help with estrogenic related side effects brought on by specific steroids. However, it is most commonly used during Post Cycle Therapy (PCT). PCT is the 3-6 week period following steroid use that is implemented in order to help natural testosterone production.

Tamoxifen Citrate is a SERM that acts as both antagonist and agonist in relation to the estrogen hormone. It is an anti-estrogen in that it binds to estrogen receptors in certain parts of the body, particularly in the mammary tissue. This action prevents estrogen from acting on its originally intended point of binding. This makes Tamoxifen Citrate valuable to breast cancer patients as breast cancer feeds off of estrogen. And it’s valuable to steroid users as increased estrogen levels can bind to the mammary tissue and lead to gynecomastia.

The relationship Tamoxifen has in being an anti-estrogen is fairly straightforward and well understood by many, but it is Tamox’s relationship to being an estrogen in other areas that’s surprising to some. Tamoxifen Citrate acts as an estrogen on the liver. Liver related estrogenic activity has been shown to improve cardiovascular health, particularly as it relates to cholesterol. This can be very advantageous for the bodybuilding steroid user as most steroids have a negative impact on cholesterol levels.

Beyond its estrogen related activity, Tamoxifen Citrate possesses strong testosterone stimulating properties. The use of Tamoxifen Citrate will stimulate the pituitary to increase its production of Luteinizing Hormone (LH) and Follicle Stimulating Hormone (FSH) with a strong emphasis on LH. LH and FSH are the gonadotropins that signal to the testicles to produce testosterone. Without LH and FSH there is no testosterone production.

Once aromatized you have more estrogen, and this can lead to gynecomastia and water retention. It can also lead to high blood pressure if water retention becomes severe. Tamoxifen Citrate does not lower serum estrogen levels, but it will bind to the receptors in the chest preventing the estrogen from binding. It will not do a lot for water retention if that is an issue. It is also not enough gynecomastia protection for all men, but this depends on how high estrogen levels go, as well as genetics. If more or stronger protection is needed, Aromatase Inhibitors (AI’s) are recommended. AI’s are anti-estrogens that inhibit aromatase activity and lower serum estrogen levels.

We then have the testosterone stimulating effects of Tamoxifen Citrate. This is by far the most important effect for the anabolic steroid user. When we use anabolic steroids we suppress our natural testosterone production, and this will occur regardless of the steroids used. Steroid use creates a negative feedback and tells your pituitary to stop making LH and FSH. This is why almost all steroid cycles include exogenous testosterone- so that the negative feedback doesn’t cause low testosterone levels. Once steroid use is complete something is needed to jump-start testosterone production. It will occur on its own but it will be slow. Tamoxifen can both speed it up and make it more efficient.  When Tamoxifen Citrate is introduced, LH and FSH levels go up and as a result testosterone is produced.

Important Note: PCT use that includes Tamoxifen Citrate or any SERM, for it to be successful this assumes no prior low testosterone condition existed. It also assumes no damage was done to the Hypothalamic-Pituitary-Testicular-Axis (HPTA) during use. If prior low levels existed Tamoxifen Citrate won’t magically fix this. If severe damage was done to the HPTA you will not recover and may be in need of low testosterone treatment.

Important Note: Many steroid users believe that a good PCT brings about full recovery, but this is a false belief. A PCT that includes Tamoxifen Citrate will stimulate recovery. It will still take several months for full recovery to occur, but recovery seems more like with PCT than without.

For the breast cancer patient the effects of Tamoxifen Citrate are perhaps even more straightforward than they are for the anabolic steroid user. Estrogen attaches and feeds the cancer, but Tamoxifen Citrate prevents it from attaching and starves the cancer. This is a simple yet effective means of treatment. This is not the only drug used in treatment; commonly treatment will begin with an AI and then will be switched to a SERM like Tamoxifen Citrate. It is also sometimes used as a preventative measure in those that have a strong family history of breast cancer. 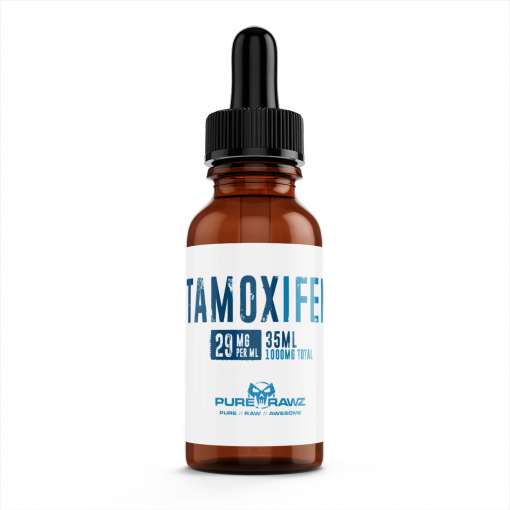 Note; dosage information is only for scientific reference purposes. SARMs Central, does not condone the human consumption or use of this substance outside of a controlled scientific environment (i.e. a lab)

For the purpose of breast cancer treatment there are six Tamoxifen Citrate plans that encompass both male and female treatment. In any of the six plans doses normally fall in the 10-20mg twice per day range. A full 40mg per day (20mg twice per day) is very common during the first stage of Tamoxifen Citrate treatment. Many breast cancer patients will also continue 10-20mg per day indefinitely once the cancer is in remission in order to prevent it from coming back.

We then have the anabolic steroid user. For on cycle gynecomastia prevention, 10-20mg per day is the standard range. If this dosing range does not help it is unlikely any dose will and AI’s should strongly be considered. Some men are afraid to use AI’s because they fear they might hinder their gains. It’s true you will hold less water therefore weigh less, but water is not muscle. Besides, would you rather weigh just a little less or have massive and unattractive gynecomastia?

Tamoxifen is commonly used in conjunction (mixed) with Clomid for an enhanced result.

Important Note: Women who are pregnant or who may become pregnant should not use Tamoxifen Citrate or any SERM as use may potentially damage the developing child.