Letrozole is an anti-estrogen of the Aromatase Inhibitor (AI) family and is one of the most potent  of all AI’s. In fact, its potency is sometimes too much for some to handle when used for off label use. Letrozole first gained U.S. FDA approval in 1997 and would hit the market under the brand name Femara through Novartis. Although Femara is the dominating trade name of the AI, unlike most AI’s it is the only one generally known by its chemical name Letrozole far more commonly than its dominating brand name.

Letrozole was first developed in an effort to combat breast cancer in post-menopausal women. In fact, it would prove to be virtually identical to the already popular AI in Arimidex (Anastrozole). While intended for breast cancer treatment, like many AI’s, it has found a welcomed home among anabolic steroid users. Letrozole is one of the most commonly used anti-estrogens among steroid users to combat possible estrogenic related side effects. It is so effective as an anti-estrogen in this regard that many steroid users have effectively reversed gynecomastia symptoms with Letrozole.

Letrozole is an AI, which holds the purpose of blocking the aromatase enzyme, which is in turn responsible for the production of estrogen. By inhibiting estrogen production, total serum estrogen levels in the body are lowered. This will be useful to the breast cancer patient on the basis that such cancer often feeds off the estrogen hormone. It will be beneficial to the anabolic steroid user as excess estrogen often leads to some of the most commonly associated side effects of anabolic steroid use.

Letrozole also carries the ability to increase natural testosterone production through an increase in Luteinizing Hormone (LH) and Follicle Stimulating Hormone (FSH). There have been physicians who have chosen Letro as it’s known to treat low testosterone conditions, but this is normally not the preferred method of treatment. Without question, when it comes to low testosterone treatment, exogenous testosterone is generally the only thing that makes sense. However, Letrozole can be useful in such a plan in conjunction with exogenous testosterone in order to combat possible side effects. We will look into this in the effects section.

Letrozole as an anti-estrogen is extremely beneficial to breast cancer patients. Many forms of breast cancer actively feed off the estrogen hormone. By inhibiting the production of estrogen, which in turn lowers the amount of circulating estrogen in the body, this has the ability to starve the cancer.

For years Nolvadex was the preferred form of treatment for this purpose. Nolvadex actively binds to the estrogen receptor, thereby preventing estrogen from binding. However, it does not inhibit or lower production. Nolvadex is still extremely valuable in breast cancer treatment plans, but many physicians, especially in extreme cases have begun to use AI’s first. Once the cancer is in remission, a SERM like Nolvadex may replace the AI in an effort to protect against the cancer reappearing.

For the anabolic steroid user, the same anti-estrogenic effect provided by Letrozole is tremendously beneficial. Many anabolic steroids have the ability to increase estrogen levels due to testosterone’s interaction with the aromatase enzyme. Elevated estrogen levels are usually associated with various side effects. If water retention becomes severe, this can in turn promote high blood pressure.

Undeniably, AI’s like Letrozole are the most effective means at combating estrogenic related side effects. However, they can also have a negative impact on cholesterol. Alone AI’s do not appear to have a strong, negative effect on cholesterol, but when coupled with an aromatizing steroid like testosterone the adverse cholesterol effect is enhanced. For this reason, many will find SERM’s like Tamoxifen Citrate (Nolvadex) to be their first choice in estrogen protection. SERM’s will not negatively affect cholesterol; in fact, SERM’s, while anti-estrogenic, actively act as estrogens in the liver, and in turn, promote healthier cholesterol levels. We’ll look at this in more detail in the side effect section. While Letrozole can be used without an adverse cholesterol effect, it will take some effort on your part.

However, part of the purpose of PCT is also normalization, which will be difficult with severely suppressed estrogen levels. Estrogen is an important hormone as it promotes a stronger immune system and healthier cholesterol levels. For the anabolic steroid user, his best bet for PCT is sticking with SERM’s for his natural testosterone production needs.

The side effects of Letrozole will cover a wide breadth and will be very similar to Arimidex. Both weakness and fatigue are two of the most common side effects of Letrozole use. However, for the anabolic steroid user this will normally not be an issue. The use of anabolic steroids should prevent such states so as long as estrogen suppression isn’t taken too far. The exception would be its use during a hard bodybuilding contest prep cycle. During a harsh bodybuilding diet, the individual will normally be very weak and fatigued towards the end of his diet due to intense training and very low caloric intake. Beyond possible energy issues, the most common side effects of Letrozole use include:

Letrozole has also been shown to have the ability to notably decrease bone mineral content, which could increase the risk of osteoporosis. This should, however, not be a big risk for bodybuilders as most steroids have the ability to promote bone mineral content to a degree, especially Nandrolone. As with all medications and anything we put into our body, the side effects of Letrozole will largely surround possible and not guaranteed. We are all different and respond to varying substances differently. This is something you need to keep in mind, and if the side effects of Letrozole prove to be too much to handle, alternative medications should be looked at.

The final side effect of Letrozole surrounds cholesterol, specifically a reduction in HDL cholesterol. Alone it does not appear to have a strong, statistical impact, but for the anabolic steroid user this can be a concern. Many anabolic steroids already have the ability to negatively affect cholesterol, and when conjoined with an AI it appears to be greatly exasperated. Studies have shown that therapeutic doses of testosterone have very little negative effect on cholesterol but the same doses can suppress HDL cholesterol by as much as 25% when combined with an AI. When testosterone is administered at a supraphysiological level, a minimal level of HDL suppression is normally expected. When the same dosing level is conjoined with an AI data shows that a 20% or greater suppression of HDL cholesterol is a very real possibility.

Due to the possible adverse effects on cholesterol, especially for the anabolic steroid user, a cholesterol friendly lifestyle becomes imperative. A healthy lifestyle will greatly revolve around your diet. Simple sugars and saturated fats should be limited and omega fatty acids should be a large part of your diet. Daily fish oil supplementation is recommended. Many may also find a cholesterol antioxidant supplement to be useful. Further, implementing plenty of cardiovascular activity into your routine is very important. Some type of daily cardiovascular activity is advised.

Because of the potential cholesterol issues, many anabolic steroid users will need to use SERM’s to combat estrogenic side effects when possible. SERM’s won’t always get the job done, but they can work and will work a lot better than many steroid users believe. If an AI is needed, some have suggested that a daily dose of Nolvadex at 10mg per day with your AI could help protect cholesterol levels due to SERM’s actively promoting healthier cholesterol levels. 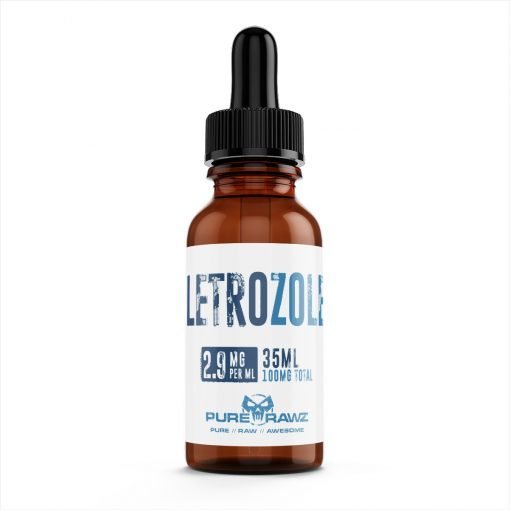 In the treatment of breast cancer, the standard Letrozole dose will normally be 2.5mg per day. This is an extremely potent dose and will normally be administered until the cancer subsides. In many cases, at the point of remission the patient will switch from Letrozole to Nolvadex in a preventative treatment plan scenario.

The only exception we could make for such a dose would be to combat early gynecomastia symptoms. If symptoms begin to show, 7-14 days at a dose of 2.5mg per day can reverse the symptoms. Once symptoms begin to fade away the individual should be able to taper down to a more manageable dose and maintain it for the remainder of the cycle. If this doesn’t work there’s a good chance the symptoms have already set in beyond remedy.

When this happens the only thing that will remove your gynecomastia is surgery. For standard estrogenic related protection, most men will find 0.5-1mg every other day to be more than enough. When used as an anti-estrogen in low testosterone treatment plans, even less may be needed. For the competitive bodybuilder, the final 7-14 days before competition, a full 1mg per day leading up to the show can be a solid dose and will greatly help with dryness and a tighter look. This is, however, not a dose most would want to maintain for an extended period of time as it can be harsh.