Superdrol is not the name of the compound that makes this prohormone tick, but is actually the brand name it was marketed under when it was released by Designer Supplements LLC in 2005. There are also accounts that Anabolic Extreme originally dubbed the name for a nutritional supplement it launched during the same time.

Interestingly, the name “Superdrol” is a play on words to give bodybuilders the notion that it’s the stuff they should zero in on if they’re gunning for fast and solid results. It’s supposed to be a combination of “Super” and “Anadrol,” which was then considered as the most powerful mass builder on the market.

The active compound in Superdrol is methasterone (systematic IUPAC name: 17β-Hydroxy-2α,17α-dimethyl-5α-androstane-3-one) – also known as methyldrostanolone and methasteron – which rose to superstar status during its run for the speedy results it can deliver when cycled, especially in terms of very hard and dry gains just after a couple of weeks of usage. Reports of achieving upwards of 20 to 30 pounds of muscle mass were not uncommon from users after cycling with Superdrol in the span of 4 weeks. Its half-life is timed at 6 to 8 hours.

Superdrol shares many characteristics of its parent hormone Masteron, both are non-aromatizable so estrogenic activity is minimal. Androgenic side-effects are very rare, but still possible.  Superdrol is c17 alpha alkylated compound, so hepatotoxicty is a real concern. Consequently it is recommended that cycles are limited to a maximum of 4 to 6 weeks.

Athletes mainly favor Superdrol for its moderate anabolic properties and fat burning ability. Dosages are in the range of 10 to 30mg per day and it’s advisable that a non-toxic injectable like testosterone or deca is stacked with it for best results. Superdrol cycles have a measurable impact on muscle gains accompanied by fat loss and increased definition.

Woman can use superdrol at 2.5mg per day. Cycles should be limited to 4-6 weeks to minimize the chance of virilization.

Superdrol should not be confused with the pro-hormone superbol. Methyldrostanolone is not a pro-hormone, because it’s not a precursor to another hormone. Instead it’s already in its complete active form and no conversion or alterations will take place after ingestion via enzymatic processes.

These are benefits of S-Drol when cycled: 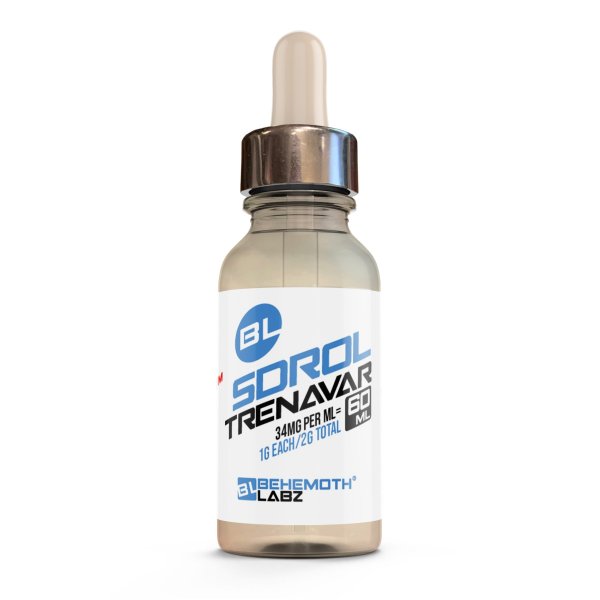 It is very important to take note that Superdrol should be dosed low during the start of a cycle. Experienced users highly recommend that you begin with a daily dose of 10mg for the first week and increase your dosage to 20mg in the second and third weeks. It’s crucial that you take Superdrol daily with food. If you are very tolerant to this compound, you can bump up to 40mg in the fourth week.

A proper post cycle therapy should be carried out in the succeeding fifth to eighth weeks.

Moreover, experienced Superdrol users suggest that this compound stacks quite well with most anabolic steroids. Stacking some form of testosterone with this prohormone considerably improves realizing your cutting and bulking goals.

though Superdrol has been seen to have lower androgenic levels compared to other prohormones in the market, you can still be vulnerable to the following when you cycle with it: