This peptide is classified as a growth hormone releasing hormone. That’s GHRH for short. It works to improve production of GH with a mind of boosting fat loss, muscle gains and reversing or slowing aging. Most people utilize CJC-1295 instead of ready-made synthetic HGH (Somatropin), simply because it’s way cheaper, however more advanced physique athletes will generally use it alongside Somatropin, to get benefits from both GH output types exogenous (Somatropin) and endogenous (CJC-1295).

In addition to its core benefits, which are fat-burning and muscle-building. GH is considered to be an overall anti-aging weapon, as it tends to promote stronger libido, better skin and hair and higher energy levels. Growth-hormone levels decrease as people age and this is why they are looking for ways to promote greater natural production of growth hormone. CJC-1295 does offer this benefit to users, so it’s an alternative to HGH shots, which may trigger side effects if used in heavy doses.

When you choose a DAC formula, you’ll get a chain of 44 amino acids in its unique peptide hormone composition. After you take the formula, it will release growth hormone pulses over an extended time frame. These pulses will increase protein synthesis, boost the development of muscle tissue and speed up recovery from injuries. DAC stands for Drug Affinity Complex. This is good for those who can’t or don’t want to manage multiple injections daily as it’s required to be taken only once a week.

This peptide may also promote better immune system function and greater bone strength (via increased bone density). According to some studies skin and organs may repair themselves more effectively when this peptide hormone is used. 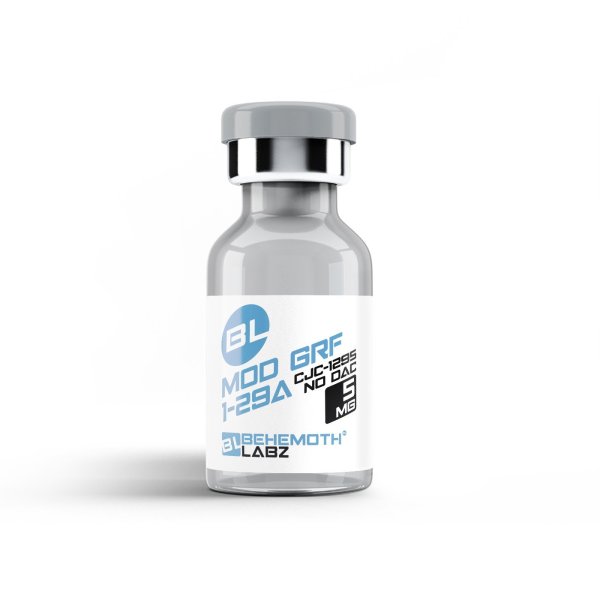 Note; dosage information is only for scientific reference purposes. SARMs Central, does not condone the human consumption or use of this substance outside of a controlled scientific environment (i.e. a lab).​

When you order this peptide, you’ll usually receive vials which come with 2mg or 5 milligrams of powdered CJC-1295. This powder will need to be reconstituted via bacteriostatic water or sterile water. Instructions for reconstitution should be included with your peptide – be sure to follow them precisely. Insulin syringes are used to measure and administrate this peptide.

CJC-1295 can be used subcutaneous (Subq) or intramuscular (IM). My personal opinion is it does not matter, at the end both are absorbed equally. CJC1295 no DAC/ Mod GRF 1-29 standard dose is 100mcg at a time or 1mcg per kg bodyweight. CJC1295 with DAC weekly dose is around 2mg, again it will depend on your bodyweight. This GHRH peptide until mixed with bacteriostatic or sterile water is best stored at fridge or room temperature (outside of sunlight) and may stored this way for up to 90 days. Those who want to keep their supplies fresh for longer periods of time may freeze lyophilized CJC-1295 powder and keep it until expiry date. Once the peptide is reconstituted, it should be stored in a fridge at all times.

While no peptide is side effect-free, this one is known to be user friendly in terms of being gentle on the body.

General side effects which are related to the excess of growth hormone in the body include nerve compression discomfort (carpal tunnel syndrome may become an issue), bloating due to water retention and decreased sensitivity to insulin. However, as it was mentioned earlier, 99% times these side effects will occur with overdosing of HGH (Somatropin) rather than CJC-1295, DAC or no DAC.