Tretinoin, also known as all-trans-retinoic acid (ATRA), is a naturally occurring derivative of vitamin A (retinol). Retinoids such as tretinoin are important regulators of cell reproduction, proliferation, and differentiation and are used to treat acne and photodamaged skin and to manage keratinization disorders such as ichthyosis and keratosis follicularis. Tretinoin also represents the class of anticancer drugs called differentiating agents and is used in the treatment of acute promyelocytic leukemia (APL).

Tretinoin binds to alpha, beta, and gamma retinoic acid receptors (RARs). RAR-alpha and RAR-beta have been associated with the development of acute promyelocytic leukemia and squamous cell cancers, respectively. RAR-gamma is associated with retinoid effects on mucocutaneous tissues and bone. Although the exact mechanism of action of tretinoin is unknown, current evidence suggests that the effectiveness of tretinoin in acne is due primarily to its ability to modify abnormal follicular keratinization.

Comedones form in follicles with an excess of keratinized epithelial cells. Tretinoin promotes detachment of cornified cells and the enhanced shedding of corneocytes from the follicle. By increasing the mitotic activity of follicular epithelia, tretinoin also increases the turnover rate of thin, loosely-adherent corneocytes. Through these actions, the comedo contents are extruded and the formation of the microcomedo, the precursor lesion of acne vulgaris, is reduced.

Tretinoin is not a cytolytic agent but instead induces cytodifferentiation and decreased proliferation of APL cells in culture and in vivo. When Tretinoin is given systemically to APL patients, tretinoin treatment produces an initial maturation of the primitive promyelocytes derived from the leukemic clone, followed by a repopulation of the bone marrow and peripheral blood by normal, polyclonal hematopoietic cells in patients achieving complete remission (CR). The exact mechanism of action of tretinoin in APL is unknown. 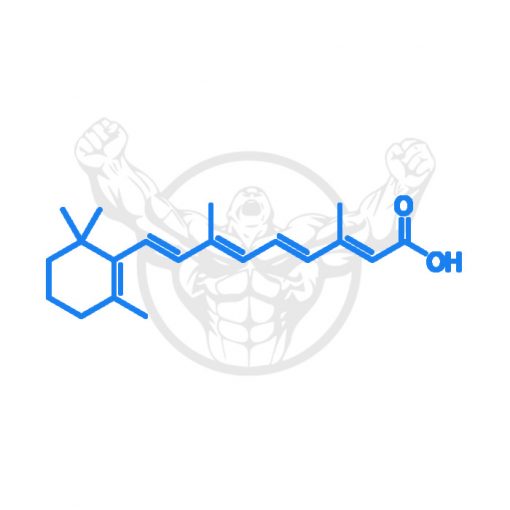 Recommended dose: Apply a pea-sized amount to the entire affected area once a day at bedtime.