L-theanine is an amino acid (a building block for proteins) that is naturally occurring in green tea leaves. It is renowned for its excellent nootropic properties such as improving memory, enhancing the ability to learn, and providing a calming effect. L-theanine has a very similar chemical structure to glutamate, an amino acid in our bodies that assists in the transmission of nerve impulses in the brain, and as a result, it provides a whole host of benefits as a natural supplement for brain health. Benefits L-theanine is often recommended as a supplement for people who are suffering from memory diseases such as Alzheimer’s disease and dementia however it has been demonstrated that individuals with healthy brains benefit highly from its positive effects on the brain. It also has the remarkable ability to cross the blood-brain barrier which means that L-theanine is able to reach the brain directly. L-theanine also has positive effects on stress levels and shown to increase dopamine and serotonin levels in the brain, which are some of the brain’s feel-good chemicals. This is why teas containing L-theanine, such as green tea and oolong tea, are effective at helping people relax. 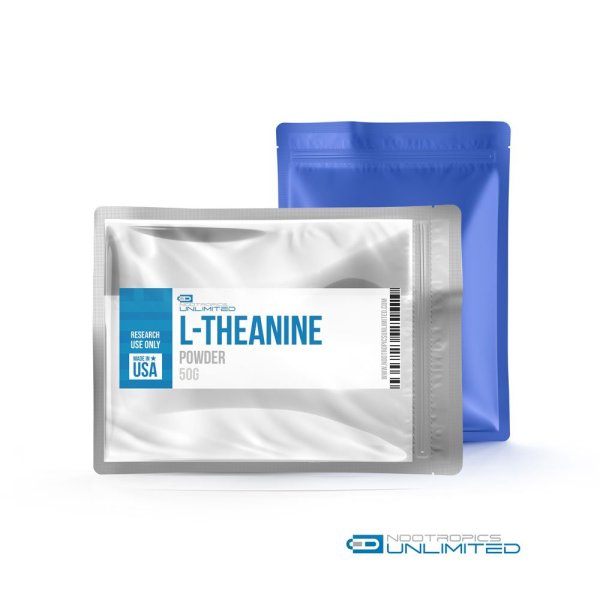 L-theanine is usually taken with caffeine for best results. A typical dose would be 200 mg L-theanine and 100 mg caffeine. If you’re not a coffee drinker, it may be better to start with a lower dose such as 100 mg L-theanine and 50 mg caffeine while maintaining the 2:1 ratio. A little experimentation is recommended to find what works best for you. Particularly anxious individuals may want to leave out the caffeine altogether. Potential Side Effects Supplementing with L-theanine is considered extremely safe and has been designated as a GRAS (Generally Recognized as Safe) ingredient by the Food and Drug Administration in the United States. Some people report minor side effects, such as dizziness or headache, when taken with caffeine but are not widely reported.