PRL-8-53 (chemical name Methyl 3-(2-(benzyl(methyl)amino)ethyl)benzoate) is a synthetic nootropic compound discovered in 1972 and patented in 1975 by the late Dr. Nikolaus Hansl, a neuropharmacologist at Creighton University in Omaha, Nebraska.

Preliminary animal tests indicated that the compound was both safe and significantly nootropic, boosting avoidance learning in rodents with no adverse effects. But the real interest in PRL-8-53 was sparked by a 1978 study on human volunteers, which showed that a single dose of the compound could improve word retention scores by more than 200%.

Interest in the compound was further fueled by comments from author and longevity specialist Durk Pearson, who was quoted in ‘High Frontiers’ as follows: “PRL-8-53 is a terrific memory enhancer. Normally you can memorize about seven or eight digits just by looking at them for a second. PRL-8-53 gives the average person a memory span of about 21 to 22 digits.”

The sole human study on PRL-8-53, which was funded by Hansl shortly after he patented the compound, strongly supports the drug’s potential as a nootropic. The study measured word retention in a group of 30 healthy volunteers between 24 and 86 years of age. While participants who had good baseline word retention scores showed little improvements after taking PLR-8-53, participants who had low initial scores or who were over 30 demonstrated major improvement following a 5mg dose of PLR-8-53, in many cases more than doubling their rate of recall.

No adverse effects were noted in the human study.

Anecdotal evidence appears to support claims for PRL-8-53’s safety and nootropic capabilities, but it is still considered an experimental drug because of limited testing.

PRL-8-53 is currently an unscheduled drug and can be legally purchased in the US. 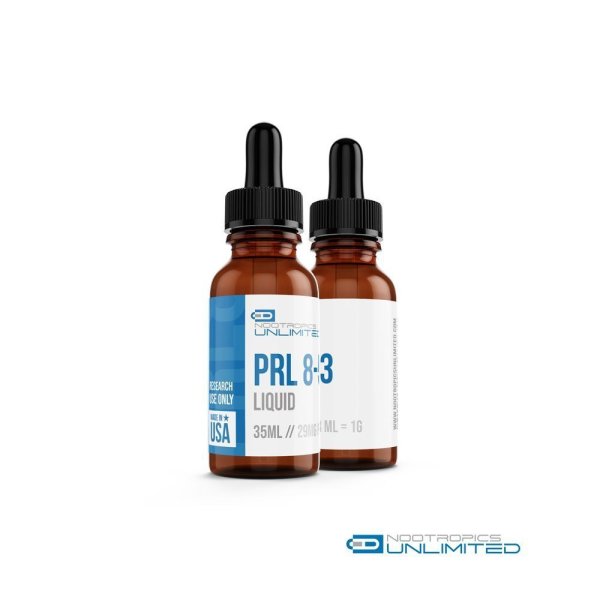 The only human study on PRL-8-53 was based on the ingestion of a single 5 mg dose. There is no data on the effectiveness or potential toxicity of any other dosage in humans.