Pramiracetam is one of the most interesting nootropics available, offering the greatest potency of any of the racetam-class supplements. Its unique action optimizes overall brain function, improving memory, learning capacity, focus, and even sensory perception. It works well on its own and can be an invaluable addition to other nootropics, enhancing and extending their effects. Rapidly becoming a favorite with students, writers, and anyone who is interested in maximizing their mental abilities, pramiracetam is new to many people but is starting to get well-earned recognition as an outstanding nootropic. Pramiracetam is a synthetic derivative of piracetam, discovered and developed by Parke-Davis in the 1970s. It is a particularly potent supplement, estimated to be from 5-30x more potent than piracetam. It is sold in Europe under the brand names Neupramir, Pramistar, and Remen and is prescribed there for treatment of dyslexia, ADHD, dementia and memory problems caused by Alzheimer’s disease and other neurological conditions. Benefits Because it often creates a noticeable feeling of focus along with a certain amount of emotional blunting, it is often compared to Ritalin. Some of the most widely-recognized benefits of pramiracetam are as follows: 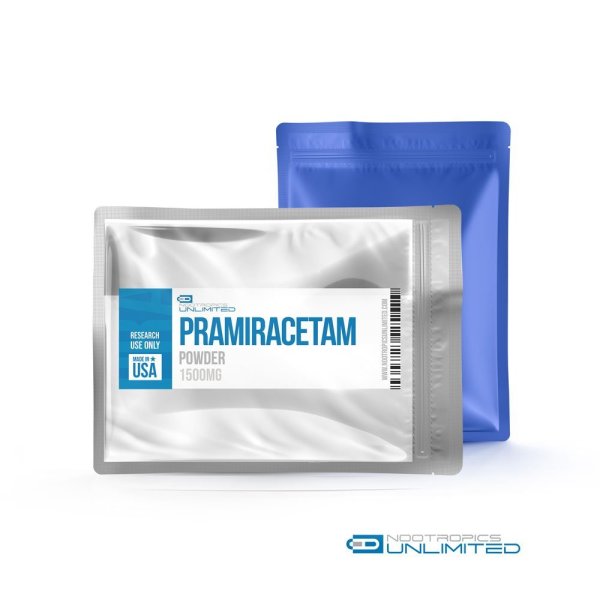 Though pramiracetam is well tolerated even at high dosages, individual reactions vary and it’s important for each user to find their own optimal dosage to maximize benefits. Due to the lack of sufficient scientific studies, recommendations on the most effective daily dose vary considerably. Of the various studies done on testing the effectiveness of pramiracetam, they concluded that a total daily intake of 1200 mg was optimal, divided into two or three doses per day. This is likely a good starting point and on an individual level should be adjusted to find what works best for you.