Centrophenoxine, also known as meclofenoxate or Lucidril, is a well-known and respected nootropic that has been proven over five decades of use and rigorous clinical testing. It’s a powerful nootropic and memory booster in its own right, and it’s also an excellent choline source for use in combination with other nootropics. Developed in 1959 by scientists at the French National Scientific Research Center, centrophenoxine was created as a treatment for Alzheimer’s disease and other forms of cerebral insufficiency and age-related cognitive decline. While it is still prescribed for the treatment of age-related memory loss in Europe, it is available over the counter as a dietary supplement in the US and is most frequently used for its nootropic or cognitive enhancement properties. Centrophenoxine is classified as a cholinergic, a substance that delivers or enhances the action of choline. It’s this cholinergic capability that makes it an efficient and effective nootropic on its own and a powerful potentiator when used in combination with other nootropics, particularly the racetams. Choline is the precursor of the neurotransmitter acetylcholine, which is strongly associated with many aspects of cognitive function. Nootropics such as piracetam, pramiracetam, oxiracetam, aniracetam, and others which act by stimulating the production and release of acetylcholine draw heavily on the brain’s choline supplies. Since they can only achieve optimal results when sufficient choline is available, users are advised to include a good choline source like centrophenoxine in every racetam stack. Centrophenoxine has also been shown to act as an effective antioxidant and neuroprotectant, reversing the destructive effects of toxins and free radicals in the brain and effectively slowing cognitive decline. It may also act as a mild stimulant and antidepressant. Benefits Centrophenoxine offers a wide range of benefits for both brain and body: 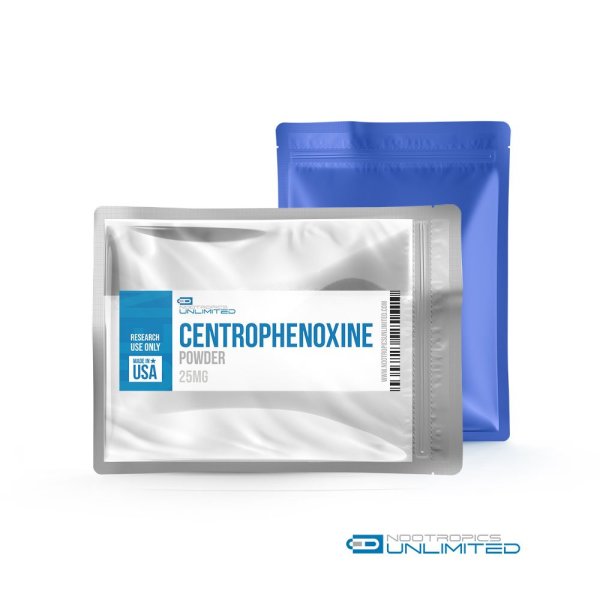 A typical dose when taking as a nootropic, either on its own or in a stack, is 250 mg. A cumulative daily dosage ranging from 500-1000 mg is considered both safe and effective for most healthy adults interested in centrophenoxine’s cognitive and nootropic benefits. Higher doses may be required to maximize its anti-aging effects, but it is advisable to consult a medical professional before exceeding the recommended daily dosage. As with all supplements, it is best to start with the lowest possible effective dose and build gradually as needed. Because centrophenoxine is fat-soluble, it is best taken with food. Its mild stimulant effect could potentially interrupt sleep patterns if taken late in the day.